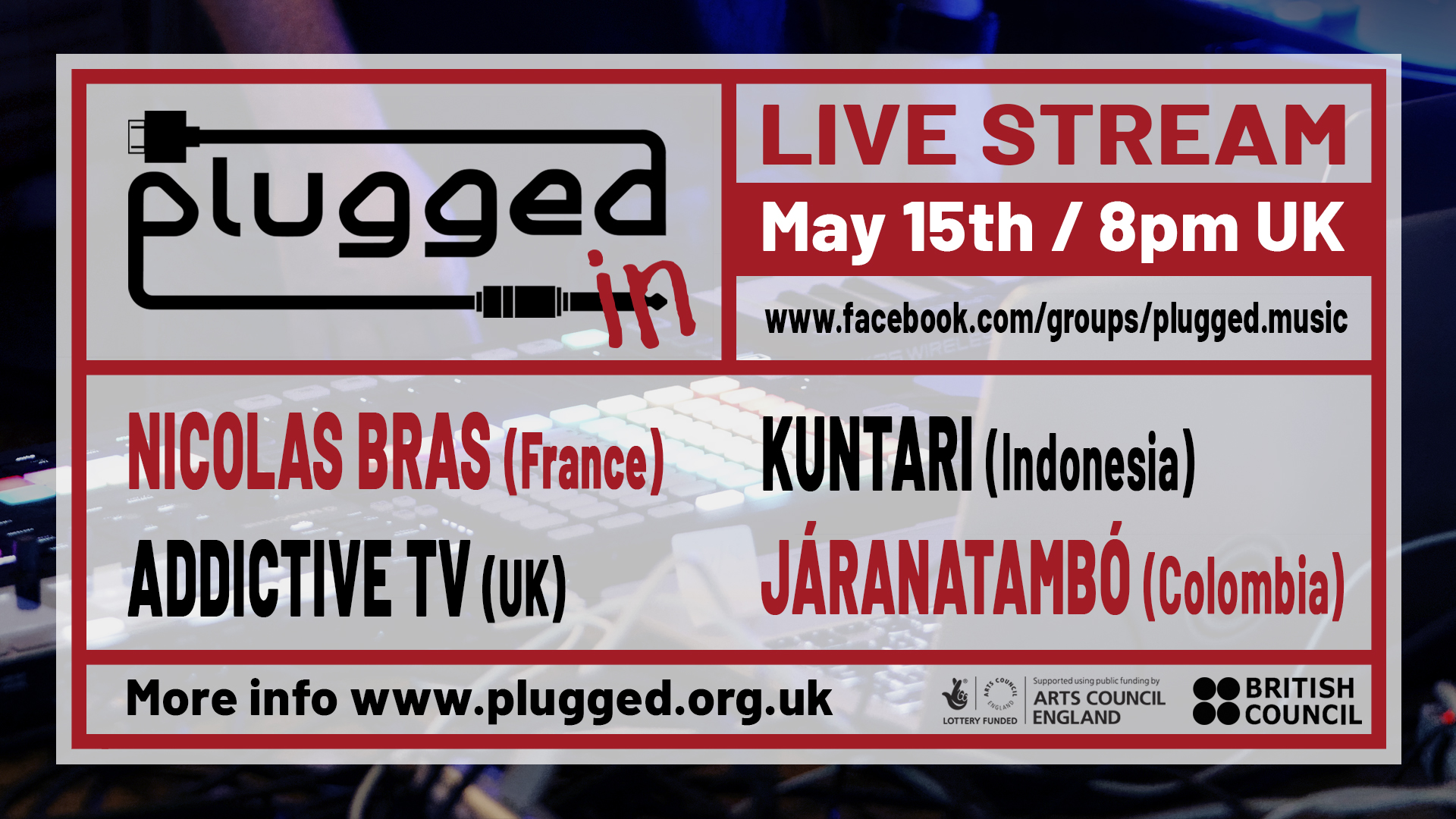 Join us Friday 15th May for our first live stream event, bringing together 4 international artists to launch a new Plugged series of performances to stay IN for. Kicks off 8pm UK time on our Facebook page. 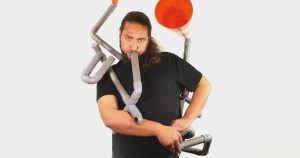 NICOLAS BRAS ‘Homemade’ (France)
In the last decade French multi-instrumentalist, musical-inventor and the artist behind the massively popular Facebook group “Rare and Strange Instruments”, Nicolas Bras has built over 1000 original wind, string, percussion and other unclassifiable instruments! Constructing with PVC piping, recycled wood, tin cans and anything that can make a sound, he works under the moniker Musiques de Nulle Part (“music from nowhere”). He’s travelled the world performing, recording, exhibiting, is a member of French band Saodaj’ and gave a TEDx talk in 2017. With this performance for Plugged from his studio just outside Paris, he launches his debut solo album “Homemade”.
www.nicolasbras.bandcamp.com
www.facebook.com/musiquesdenullepart 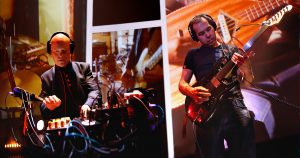 ADDICTIVE TV ‘Orchestra of Samples’ (UK)
Award winning Addictive TV have been at the forefront of audio/video remixing for nearly two decades, performing internationally, creating trailers for Hollywood, even remixing the Olympics live on television! Breaking down cultural and musical barriers, their Orchestra of Samples project, ten years in the making and described by The Times as “ingenious and compelling”, takes over 200 musicians they filmed improvising worldwide and samples them to create new music and a digital supergroup of artists who never met! Join Graham in London and Alex in Paris (with his fretless guitar!) on this musical journey without borders!
www.addictivetv.bandcamp.com
www.orchestraofsamples.com 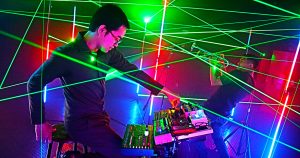 KUNTARI ‘Pararatronic’ (Indonesia)
Presented as part of the British Council’s Connections Through Culture programme, award-winning Indonesian artist Kuntari (aka Tesla Manaf) premieres Pararatronic, a new electronic music performance preserving elements of traditional Indonesian sounds. Building on the foundations of his classical music training, particularly as a classical guitarist, he began his solo career as a jazz artist, which introduced him to a huge range of musical exploration and creativity. He’s been described as ‘tremendously strong’ by All About Jazz, ‘a discovery’ by Culture Jazz France and to date has released nine albums crossing jazz, world, neo-classical, electronic and experimental music.  He’ll perform from his studio in Bandung.
www.kuntari.bandcamp.com

JÁRANATAMBÓ ‘Aiming for the Universe’ (Colombia)
Járanatambó is the Latin-American urban music project by Colombian multi-instrumentalist Alejandro Escallón. The group have released four albums to date and in 2011 won the International Songwriting Contest’s World Music Award for their song Ooee, receiving praise from Peter Gabriel, Tom Waits and Rihanna (they were also finalist at the 2017 awards with another song!). They toured their album Republica Independiente across South America, the USA and Europe, delivering their electro Latin sounds, fusing salsa, merengue, Colombian and Brazilian folk with beats! They recently released the single Respira from their forthcoming album. Tonight, direct from Bogota, Alejandro performs solo!
www.jaranatambo.bandcamp.com
www.facebook.com/jaranatambo.musica

Plus audio visual pieces from 2-DIGIT, MOUSEONTHETELLY, & ALIEN 101 accompanied by recordings from Stow-Lab past jam events.

Kuntari appears with support from the British Council‘s Connections Through Culture programme.

PLUGGED is a collaboration between Stow-Lab and Addictive TV.  Supported using public funding by the National Lottery through Arts Council England.