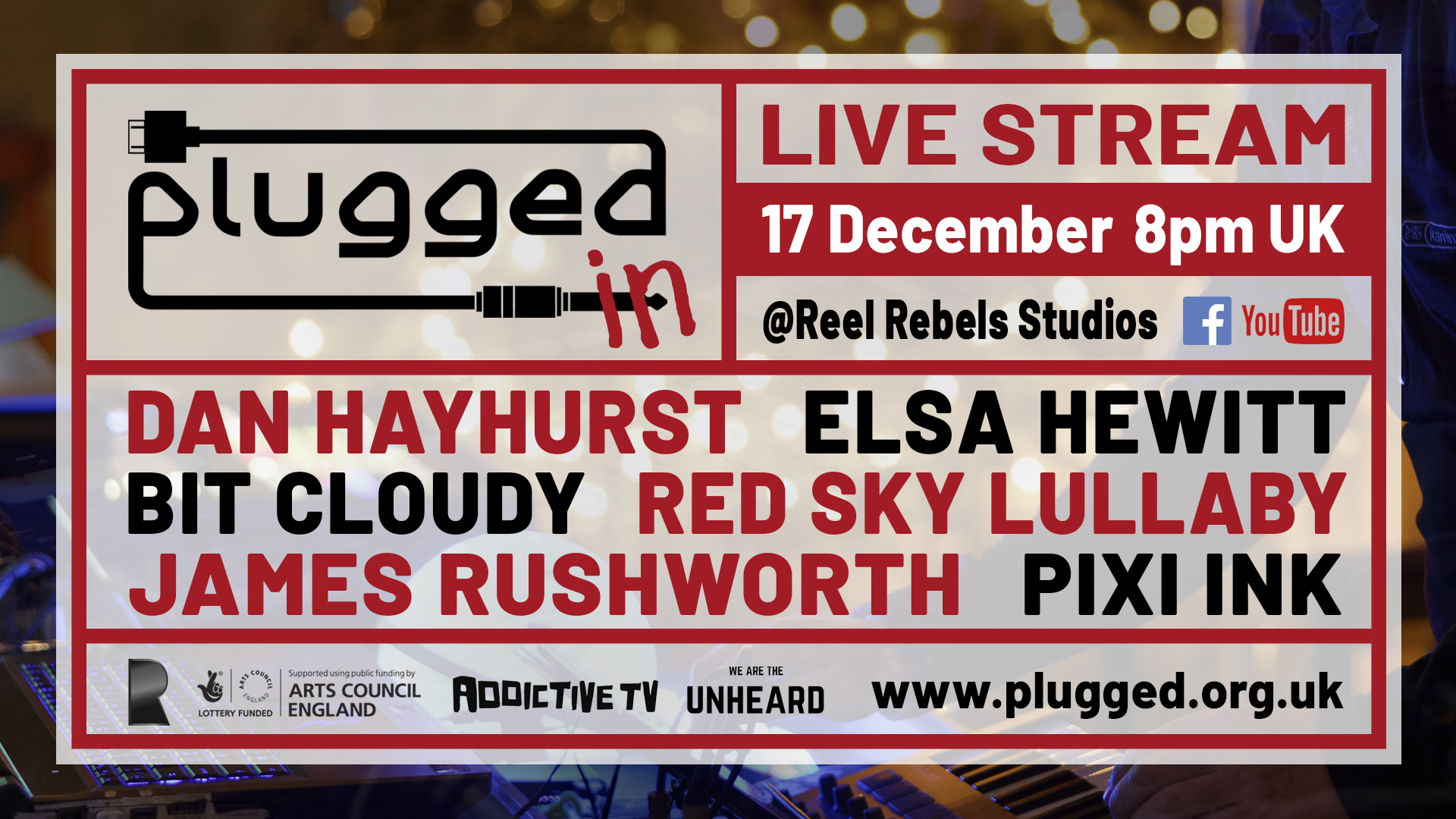 Friday 17th December (8pm UK time) – Hitting the festive season with our final Plugged event of the year!  Tune in here on FACEBOOK or YOUTUBE – we’ve got an incredible lineup of artists…

DAN HAYHURST
Dan Hayhurst, the sonic half of audiovisual duo Sculpture, performs a solo set of electronics by splicing tape loops and samples into unstable patterns and temporary melodies. Available both digitally and on tape cassette, Dan’s released his album ‘Counters’ on LTR Records this year, with webzine A Closer Listen describing it as ‘Atari lullabies for robotic children’ and The Wire saying it was ‘tuned to body popping lysergic geometries’.
https://ltrrecords.bandcamp.com/album/counters

RED SKY LULLABY
Red Sky Lullaby is a sound designer and musician based in upstate New York. As well as sound design for over 30 synths and music apps Red Sky runs a Youtube channel focusing on iPad and iPhone music production and produces music as Red Sky Lullaby and as part of The Veltrons.
https://redskylullaby.com/

JAMES RUSHWORTH
Blending his passion for east Asian traditional instruments and the intensity of electronic production, James Rushworth returns with new music, matching synthetic lo-fi sounds with his vivid leftfield production style. His music seeks out a cinematic style through sampling and augmenting a range of instruments and sounds and his most recent release ‘On Footsteps’ layers dusty ambient beats with warbling, breathy instruments. BBC Introducing’s Alan Raw said “a beautiful piece of music. I love it”.
www.jamesrushworth.bandcamp.com

Plus audio visual pieces from 2-Digit, Becky Boo, Addictive TV and more to be announced.

Compere for the evening is Eve-Louise Horne from We are the Unheard, an initiative supporting Femxle musicians and engineers in the music industry.

PLUGGED is supported by Arts Council England. With thanks to Reel Rebels Studios for welcoming us to their studio, particularly Jake Reynolds for all his help!