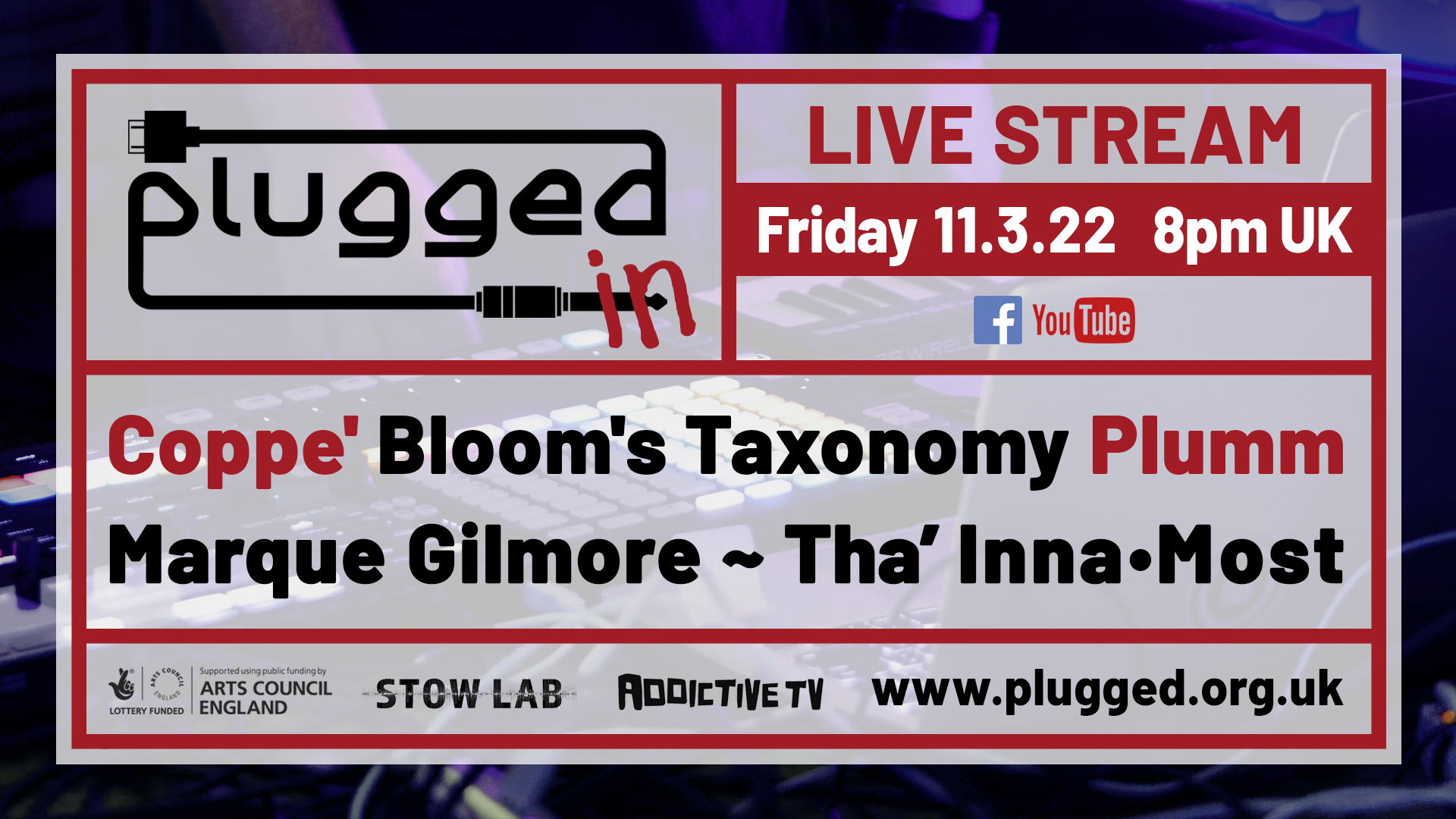 Friday 11th March, 8pm (UK time) – We’re back with another live stream of performances covering a whole spectrum of sound and image from artists around the globe. Watch the event here on FACEBOOK or YOUTUBE 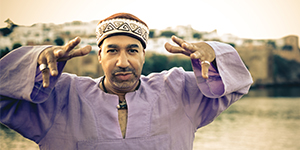 MARQUE GILMORE ~ Tha’ Inner•Most
Internationally acclaimed drummer and percussionist Marque Gilmore ~ Tha’ Inna•Most is known for his ground-breaking live music and mixed-media performances with DRUM-FM since its inception in 1994, pioneering the sub-genre of live Drum’n’Bass. He’s worked with a number of music legends and innovators from Sting and Katia Labeque to Oumou Sangare and Talvin Singh. He’s been nominated twice at both the Grammys and Latin Grammys for his production work with Cuban pianist Omar Sosa, and is currently co-producing music for Cuban violin protégé Yilian Canizares.
https://marquegilmore.bandcamp.com 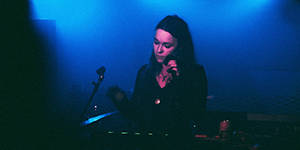 PLUMM
Plumm is a multi-instrumentalist, producer and soulful vocalist from south London with a proud Welsh heritage. She performs with both London based jazz ensemble Levitation Orchestra and as a solo vocal loop-pedal artist, releasing her own debut EP ‘The Shed’ in 2018. Championed by BBC Introducing London, performance highlights include BBC Maida Vale Studios with Moses Boyd for BBC 1Xtra and two sold out shows at The Jazz Café, London. She also features on the theme tune for the recent TV police drama series ‘Ragdoll‘.
https://plumm1.bandcamp.com

COPPE’
Japanese electronic music producer and singer-songwriter Coppe’ performs a few tracks from her latest release “蜜 Mitsu (25rpm)” in a session recorded at the Tokyo studios of amplifier manufacturer D&B Audiotechnik with visuals by Tokyo VJs BRDG. Growing up in both Hawaii and Tokyo, Coppé – while still a child – won a Nihon Record Taisho Award (often called the Japanese Grammys) as the youngest ever singer and composer while still a school kid! She’s since released 16 albums on her own Mango + Sweetrice label, and has performed in the US, UK, Europe and of course Japan. She’s collaborated with a great many creative producers and artists including Plaid, Vadim, Atom™ and Addictive TV.
https://mangoandsweetrice.bandcamp.com 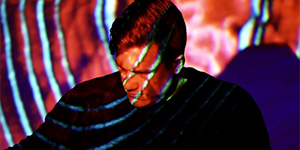 BLOOM’S TAXONOMY
Bloom’s Taxonomy is a project from London based multi-instrumentalist William Fraser, whose first album ‘Foley Age‘ was released early in 2021 and draws influence from his heroes Boards of Canada, Brian Eno and Aphex Twin. His unique brand of electronica has been described as ‘cinematic’, ‘atmospheric’, even ‘avant-garde’ and ‘sometimes danceable’. Bloom Taxonomy’s performances incorporate live looping and sampling as well as mind-expanding visuals, all creating a transportive live experience.
https://bloomstaxonomy.bandcamp.com

PLUGGED is a collaboration between Stow-Lab and Addictive TV. This event is made possible with support from Arts Council England.